Fresh produce in winter can be hard to find for a community food pantry.

Since 2015, the Community Action Center (CAC) and WSU’s SNAP-Ed program have teamed up for a hydroponic garden that produces greens like kale, bok choy, Swiss chard, and more that is given to anyone who needs fresh, nutritious food. 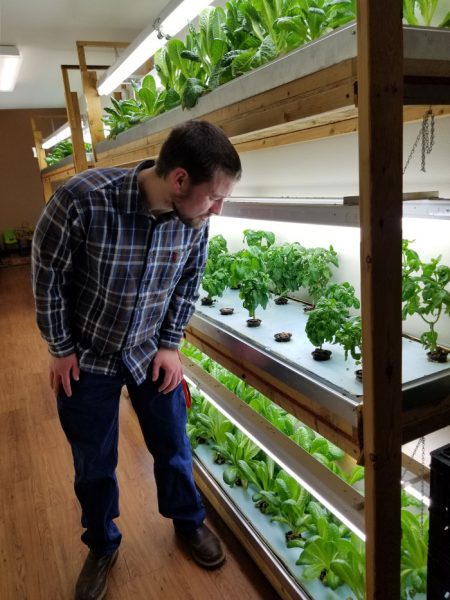 “This food is given out to whoever is hungry in Whitman County,” said Jake Frazier, the CAC’s hydroponics systems coordinator. “And it’s a very efficient system we’ve put in place, thanks in large part to funding from SNAP-Ed.”

Hydroponics are plants grown without soil. They grow directly in nutrient-rich water, with other material supporting the roots. This produces a cleaner crop of vegetables, which require less attention to dirt, debris, and outdoor insect pests. It also allows for more lighting control and water conservation. 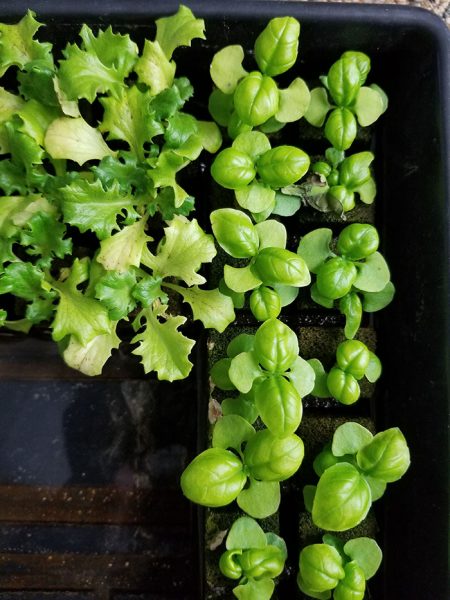 The CAC hydroponic system, which yields about 300 pounds of produce each year, is a five-step method. As in, five literal footsteps between where the produce is grown to where it is washed and processed, then another five steps to the CAC food bank.

“It doesn’t get more local than that,” Frazier said. “It’s a great system, and it uses fewer fertilizers and fewer man-hours to grow than traditional agriculture.”

Frazier, a fourth generation WSU graduate, keeps the system going nearly year-round. He said they slow down their growing in the late summer to thoroughly clean all of their equipment, timing it to when there’s plenty of traditionally grown fresh produce available in the community.

The program has become personal for Frazier as well.

“Growing fresh produce using hydroponics is important to me because it limits the environmental impact of producing fresh, nutritious vegetables in a clean, controlled environment,” he said. “I’m glad to use my skills at the Community Action Center to help feed those in my community who need it the most.”

In accordance with Federal law and U.S. Department of Agriculture’s policy, this institution is prohibited from discriminating on the basis of race, color, national origin, sex, age, religion, political beliefs or disability.